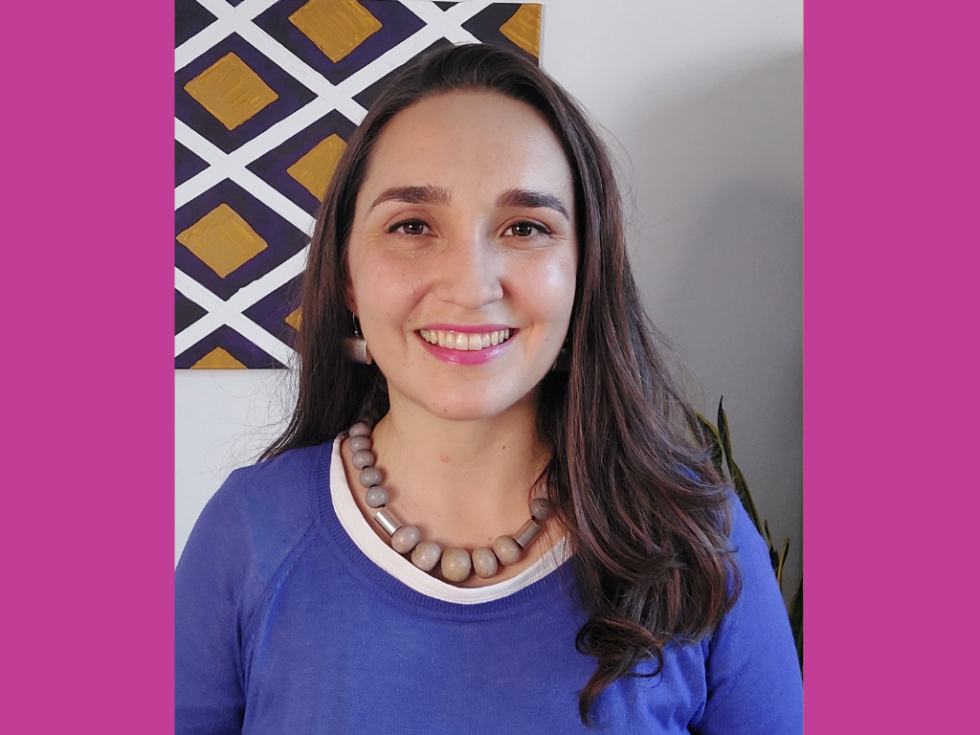 Parents / Students / Teachers / Work With Me

WHAT’S UP: I’ve been reflecting on the 400+ hours of EFT Therapy sessions I’ve done with clients who wanted to work on reducing their stress and/or anxiety levels during a very stressful time in their life. In this article I share three surprising lessons I’ve learned from this experience.

Nº 1: TEACHING HAS MORE IN COMMON WITH EFT THERAPY THAN I THOUGHT

Both in the classroom and in the therapy room, whether these be virtual or physical spaces, our students/clients can be our biggest teachers. If we want to keep growing and thriving as therapists, we need to be open to learning from our clients. The same is true in education; being the kind of teacher who is open to learning from our students is essential for our continued professional development.

Another surprising discovery was learning how empowering doing EFT therapy without the video on can be for clients of all ages. This was a discovery that happened by chance. I was reflecting on the times where either my or my clients’ internet connection was choppy, and we’d decided to shift to audio only. I notice a pattern. The progress we were able to make with audio only was strikingly greater – in many cases!

In one case, for example, I was working with a parent who had developed a habit of problem-solving purely from the head up when overwhelmed and stressed. He was disconnected from his body’s intelligence, in a general state of dissociation. This is a normal coping mechanism for when our body is stuck in traumatic levels of stress, or carrying old traumatic stress memories that haven’t yet been processed.

In one of our sessions, we agreed to turn the video on Zoom off, to see if that would help with the unstable internet connection that happened to occur. That’s when we discovered how much easier it was for him to be aware of what signs of stress his body was communicating, when he thought of an upcoming event that he wanted to work on. Whereas in previous Zoom therapy sessions with the video on, his stress response would go down incrementally, when we turned the video off his ability for introspection increased...and we were able to bring the body’s signs of stress down to a 0 for that upcoming event, in only one session!

In another example, I was working with a Primary School student who was preparing for her Cambridge exams in Science, Math and English. The results of these exams are used in many British schools to decide what classes to group kids into in these subjects, when they start secondary school. Kids who are ready to do EFT therapy for stress or anxiety have less resistance than adults – they are ‘clean slates’. So it’s common for a big emotion to be processed and go down to a 0/10 within a single EFT therapy session, when working with young kids.

However, what I learned from working with this child is how students can empower themselves in creative ways to help themselves face uncomfortable emotions they have been conditioned to believe are shameful to experience. For example, this creative kid used the Zoom emojis/avatars, combined with the comment box feature on Zoom, as a way into talking about emotions that she felt ashamed of admitting to feeling. That’s when I realized how Zoom therapy opens the door for a constructive type of student-led play to be brought into an EFT session via emojis. This wouldn’t have been possible, if were doing the session in a physical space (unless I initiative it using an emoji menu sheet). As a result, we were able to access and work with the deeper, more challenging emotions more efficiently and effectively for her level of development and needs.

Nº 3: SOMETIMES IT'S THE PARENT WHO ISN'T READY FOR THE CHILD TO FEEL BETTER

Perhaps this one was the most surprising of all; I knew, of course, that if the child wasn’t ready to start, or continue therapy when a challenging emotion or sensation came up for them, it wasn’t going to work. And that’s totally okay. We always go at the child’s pace.

In the classroom, learning isn’t linear. Students can have big breakthroughs in a matter of weeks, after spending 1 or 2 years stuck at the same level of skills or academic development in a certain area, like writing essays about poems, for example. Similarly, kids can have breakthroughs in therapy in a matter of weeks, after being stuck at a certain level of skill in their self-regulation and or emotional/body awareness for a particular personal issue.

What I wasn’t aware of is that sometimes the child is ready to learn how to overcome their stress blocks, and it’s actually the parent who isn’t ready. I first learned about this phenomenon in an excellent webinar with Dr Amy Gaesser on how to use EFT safely when working with children and trauma. You see this phenomenon in the cases where a parent pulls their child out of therapy as soon as their child starts to make quicker progress than ever before. The parent isn’t necessarily aware that they are sabotaging their child’s progress. It’s a fear-based sabotage behavior that usually happens on the subconscious level. I’ve only ever seen this happen once in my private practice so far. It’s quite rare, but it does happen.

Good practice in therapy and education have more in common than I was aware of. For example, a sign of good practice in education is letting go of the ‘I must know everything’ old-school authoritarian teacher mentality, so that you can be humble enough to be open to learning from your students . When you see this humble attitude from one of the world’s leading psychiatrists for treating PTSD (see extracts below)…you realize there’s more that connects good teaching and good therapy practice than one may think.


“Tom and his fellow veterans became my first teachers in my quest to understand how lives are shattered by overwhelming experiences, and in figuring out how to enable them to feel fully alive again. The first study I did at the VA started with systematically asking veterans what had happened to them in Vietnam. I wanted to know what had pushed them to the brink...[And later on in the book] Bill became one of my longtime patient-teachers, and our relationship is also the story of my evolution of trauma treatment.”

What I’ve learned in my efforts to learn from my clients and students is that breakthroughs can happen in beautiful and unexpected ways when we embrace challenging circumstances. Holding space for a creative student/client-led response to a stressful situation is empowering in both therapy sessions and traditional lessons.

And sometimes the stress of change – even if it is positive change, like seeing your child no longer needing to depend on you during emotional crises – isn’t something a parent is ready for. I learned about this phenomenon after it had happened once in my practice. But I’m now curious to see how I can better support a parent who has subconscious fears kicking in, in future. So that they  have the self-regulation and self-soothing tools they need to help themselves bring awareness and compassion to this unconscious fear-based behavior, if they are ready to face their fears.

Dr Bessel Van Der Kolk (2015) The Body Keeps The Score: Mind, Brain and Body in the Transformation of Trauma. 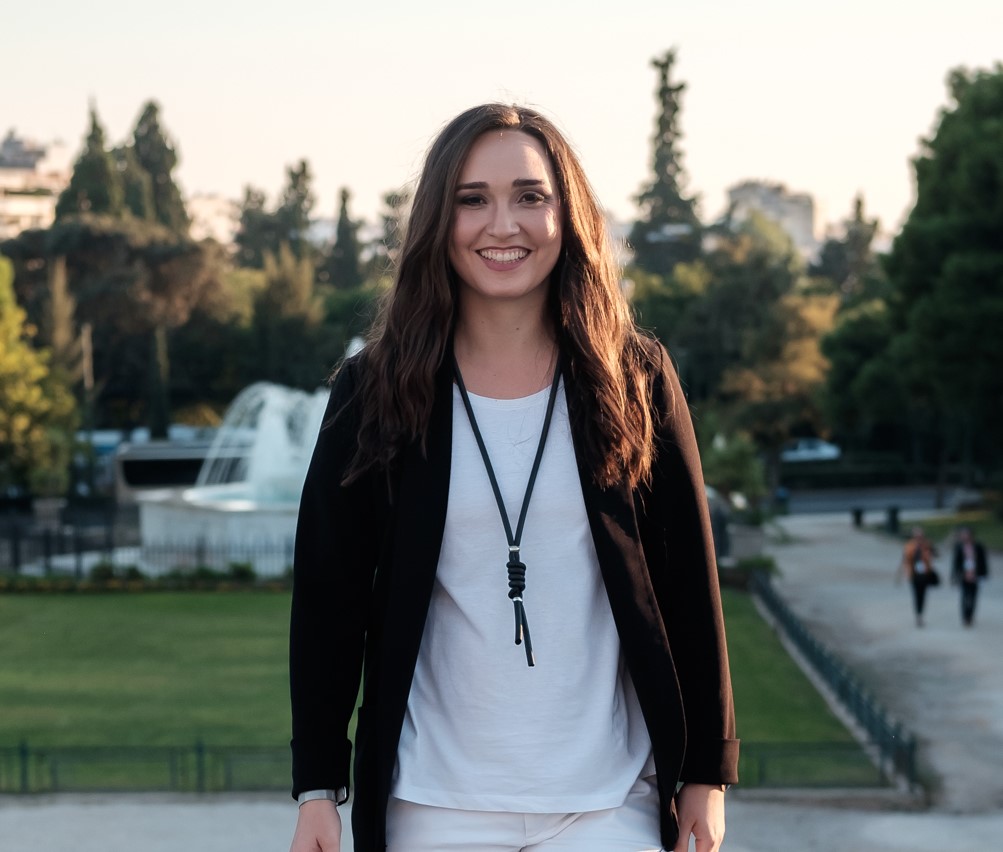 Eleni Vardaki works online to support parent, teacher, and student well-being. Her mission is to help bridge the gap between mainstream education and the wellbeing skills we need to thrive. She believes in doable, sustainable interventions for student wellbeing in school and family cultures that value student and community wellbeing.

“Panic Attacks in Tests and Exams (Grade 12)”, by Eleni Vardaki