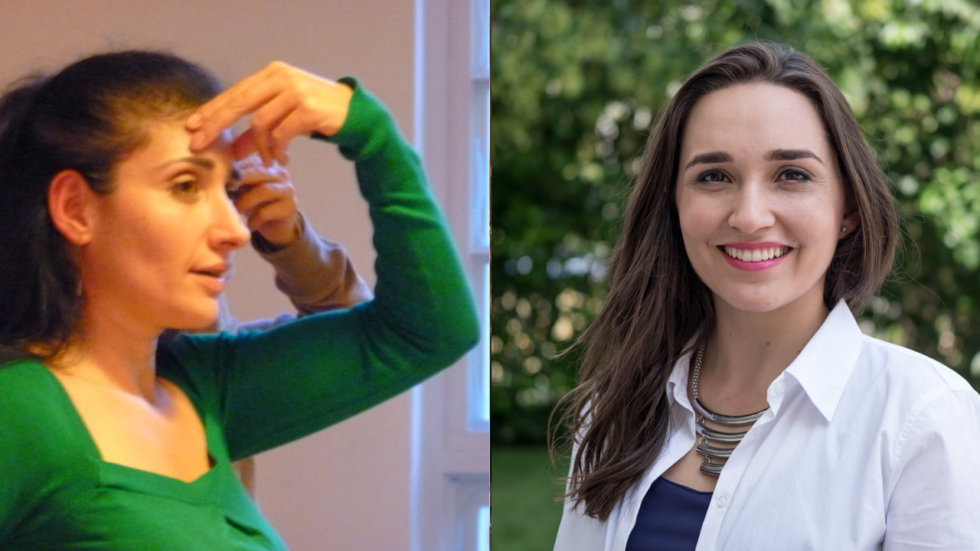 WHAT’S THE ISSUE: How can students use Brain Gym movements to help them focus more and stress less when they’ve got an important exam, or an important paper to write? Maria Karakostanoglou, a certified Brain Gym Instructor, Specialized Kinesiology Facilitator, and founder of the Center of Kinesthetic Intelligence, shares intentional movements that help teachers and students to:

how mindful movement affects our brain

ELENI VARDAKI: What is brain gym, and how can it help reduce stress?

MARIA KARAKOSTANOGLOU: Brain gym consists of 26 movements, and they’re really easy. It goes beyond the quantitative results. So yes, you have big changes in grades, but it’s so much more.

There will come a time that maybe your grades are not what you expected them to be. But you need to have confidence in your ability to move forward and to achieve the best results that you can.

Trust that, even in the face of adversity, that’s not the end of the world.

Your value as a human being, it’s not different or less, just because your grades in a particular exam were not what you were expecting.

For teachers, it can be something as simple as: “You know what? I have a difficult day in class today. But that’s okay! It’s not the end of the world. I can take a step back and do something and be more present with my students, and for my students.”

Whoever does a movement will change something.

You have three levels in your brain.

You have the Limbic Brain, which is the middle.

You have the Reptilian Brain, which is the base.

And then you have your cortex, where all your higher reasoning happens. If these two lower parts (and by no means, less importance) are in order, then you have a higher chance of accessing the abilities of your cortex.

The two movements I will show you today help support the two lower parts of your brain.

One of the movements I’m gonna show you has to do with The Reptilian Brain, and it affects the top part of our back muscles.

So the Trapezius Muscles, which is here [turns and points].

It supports language because when I’m stressed, there is no way that I am going to go to that part of my brain that deals with language.

I need to survive.

So when my shoulders are down, I can breathe deeper and I can have access to my language skills.

At the same time when we go for exams, at least in Greece, we handwrite our exams. So imagine this teacher that was going to grade me, he needs to have something that he can easily read.

So if my cursive writing is not good, then he’s not going to bother, because he has thousands of texts that he needs to reach through.

I make my life easier, and I give myself better chances when my writing is flowing, and when I don’t have to stop and waste my energy in writing. As in, “Writing stresses me.” “Writing makes me tired.” “I lose my energy on that.”

MARIA KARAKOSTANOGLOU: So this movement is called Arm Activation, and you do it by placing one hand next to your ear.

You will notice that the arm is straight, and the finger (you can’t see them, up there) but to the fingers are straight.

So there is no stress. You are not over-stretching them, but just allow them to point upward.

You lift your hand and with your other hand, you are trying to pull in for the count of eight. Your other arm (you don’t go like this, you just pull it instead, right?) so: one, two, three, four, five, six, seven, eight.

And you push down: one, two, (so you change directions and now you’re pushing down) three, four, five, six, seven, eight.

We are going to repeat this two more times, and I suggest that you do it, because you can’t talk about movement. You actually have to do it!  So let’s go.

What do you notice in your arms?

ELENI VARDAKI: The left arm which I did the exercise on is feeling weaker.

MARIA KARAKOSTANOGLOU: Exactly, because it’s the opposite side that stretches. It increases the way you perceive sound as well.

So let’s do this with the other hand.

Just a word of caution. You want to go where your comfort zone is and stretch it a little bit. So if someone, for whichever reason, they cannot lift their hand to their ear, and we don’t want to be bending we want to be straight. then they are going to lean their arm where they can and they are going to do the exercise on that height.

Let’s now do the other hand.

See how you feel. Turn your back a bit, and notice how you connect with your back. See if you feel more present in your body.

ELENI VARDAKI: I am feeling a balance now. I’m feeling like this side which before was hurting a bit when I turn, it’s more fluid. And I have got more of a balance on both sides, around my neck especially.

MARIA KARAKOSTANOGLOU: I feel that my eyes work differently. It’s like there’s more clear in the way I see things visually.

I also feel more present. I was going to say “awake”, but then it would sound like I was asleep! So it’s an exercise that will support a lot of expression in writing, creative writing.

It will also support spelling and short-term memory, and it will make access to your language skills easier.

Too much stress stops us from accessing the wholeness of our skills.

It’s impossible to have no stress – as normal people, it’s not possible to do it.

But if you keep stress to a level that motivates you, I think it’s a really good thing.

ELENI VARDAKI: I am also curious to find out about your thinking cap activity.

MARIA KARAKOSTANOGLOU: Alright! Thinking Cap is one of my favourite exercises.

So what you do is you roll out your ear. It’s like rolling paper between your fingers, only the paper is your ear. You put your thumb in your ear, and you keep opening, slowly slowly, all the way down to your earlobe.

And we’re gonna do this three times.

Now what will happen is that some people will feel the need to yawn – and it’s a very good thing. Please don’t let your good manners kick in and to this [Maria demonstrates a repressed yawn]. Please yawn like a lion, because it reduces the stress we have in our mandibular joint (and this is something we have a lot of). So if you want to yawn, yawn like a lion. And if you want to make a sound as well, do it.

Now we’re going to do it a third time.

Again, we’re going to do this left/right head-turning, and notice what we see.

I noticed, for instance, that I did this on my right side, and I can turn way more on the right than I can do on the left.

ELENI VARDAKI: Mmm. That’s so interesting! And I’m feeling more relaxing. I feel this is more of a relaxing one, and the one before was more of an activating one.

MARIA KARAKOSTANOGLOU: It’s true what you say. And it’s is very perceptive, actually, because movements that have to do with our Reptilian Brain are bigger movements because we want to activate our muscles on or back or on our legs. So the movements are bigger.

Movements that have to do more with our mid-brain and pertains more to our energy state, they’re finer movements.

So let’s do this for the other side.

Now we’re explaining the exercise, so it takes longer. Except for the Arm Activation, which takes 3 minutes, all other Brain Gym movements only take about a minute.

So think about it, when you’re in class, and you’re attending class, or you want to sit down and write your paper, and you take time to be present – then everything comes back.

I always hated when I would sit for an exam (it would be Math exam, for me), I would have studied, and then I wouldn’t remember anything. And then I’d remember everything when I was out of the classroom.

So that’s the kind of stress we don’t want.

So if you take time, if you drink water, if you do these two movements – and of course there are other things as well you can do – you can remember what you actually studied.

ELENI VARDAKI: Mm that’s powerful. I felt – I mean, I yawned with that one, and I could feel my eyes were almost starting to tear up. You can feel the power of it. I’m amazed by how quickly it has an effect, as well.

So thanks very much for sharing this, Maria.

ELENI VARDAKI: Is there anything else you’d like to add before we wrap up?

MARIA KARAKOSTANOGLOU: Whoever is watching, I just want to urge you – do it.

It’s very different to talk from theory and to talk from experience. If we want to support the kids, we need to do it ourselves. If I want to say to my students, that: “Look, you need to do Arm Activation”, they need to see me doing it.

It’s easy to preach and walk a different talk.  That’s not effective. It’s not powerful.

If your students see you move, they will be at least curious to find out. I think curiosity is a wonderful thing. Your students don’t need to believe you. They need to try it.

So that’s what I would say to the teachers, to the adults. Try these movements out for you, and then you can share your experience. 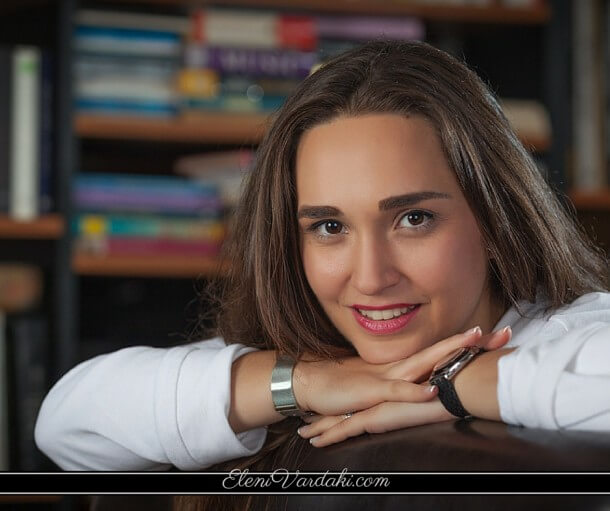 I love working with families and school communities to help bridge the gap between grades-driven mainstream education systems, and the well-being skills we need to thrive in the 21st century.