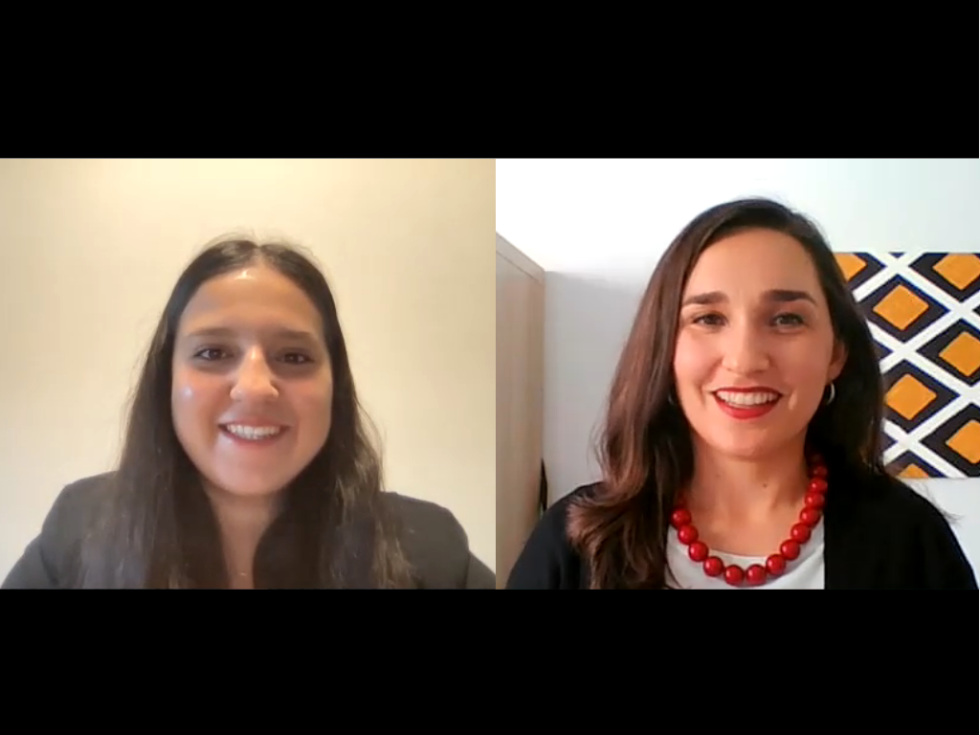 GUEST SPEAKER: Postgraduate student at Duke University, Stephanie Stan, is pursuing a global health policy and governance career. In this interview, she talks with Eleni Vardaki about the lessons she’s learned from an internship with MERGE, a Global Ties US project. This is a summary of the key similarities and differences observed in how young women can express and cope with mental health challenges in different cultures. The participants were 15-19 year old students in the US and the MENA (Middle East North Africa) region who volunteered to take part in a cultural exchange 8-week project.

TAKE ME TO THE MENTAL HEALTH RESOURCES ON THE MERGE WEBSITE

ELENI VARDAKI: Hello everyone. So today I’d like to introduce you to Stephanie, who is here to talk about the lessons she’s learned from an internship with MERGE, a Global Ties US project, which was focused on how women can express and cope with mental health challenges in different cultures.

STEPHANIE STAN: Thank you so much for having me as a Guest Speaker today. It means a lot, and I’m excited to talk about what I’ve learned about how mental health challenges are different and similar in different cultures.

ELENI VARDAKI: Yeah. And I’m excited because that’s something that we don’t often talk about. And whenever you see articles or you see interviews where people talk about mental health challenges, like anxiety, it’s often in a way that removes culture. And advice can also be presented in a way that assumes that culture isn’t a factor – when culture is ever-present in our environment and as an influence on us as individuals. So it’s important to recognize that. So which cultures were in the groups that you’re going to talk about, that you were working with in the project?

STEPHANIE STAN: Yeah so definitely, 100% agree with what you’re saying about the importance of cultural impacts on mental health. And the MERGE project focused on young women in both the United States and then the Middle Eastern and North African regions. And so it was a nice look at different cultures, both between countries and then within countries as well.

SIMILARITIES AND DIFFERENCES AMONG ADOLESCENT STUDENTS FROM DIFFERENT CULTURES

ELENI VARDAKI (01:31): What’s one thing that you noticed was a difference in the participants who were taking part in this project?

STEPHANIE STAN: I think a big one is maybe the openness that different participants had, at first especially, to really share things about mental health challenges, both personally and in their communities, which I think might be impacted by cultural background. And the things we’re taught, you know, growing up about being open about mental health challenges and talking about different struggles. But as the 8-week program progressed, everyone became much more open in sharing through written posts and communicating online about similar challenges they were going through.

ELENI VARDAKI: The interesting thing is these participants, from what I understand from the conversation we had as well before, that they weren’t screened for if they were clinically, you know, they had clinical anxiety, like an Anxiety Disorder, if it’s more general anxiety – they weren’t screened or tested. They were volunteering to take part in this project where they’re exchanging their experiences of mental health challenges and coping with mental health challenges. I’m curious to learn what else you noticed.

STEPHANIE STAN: Exactly. And that was one of the really interesting and nice things about the program is everyone’s kind of self initiative to learn more about mental health and how they can have takeaways to improve their own mental health challenges. Be that stress, anxiety, and depression. And then take those skills back into their own communities. And so another big difference was the way in which people expressed or really detailed the different kind of stressors they were experiencing or challenges they were experiencing. Even though as someone with a mental health and psychology background, it’s easy for me to see the similarities in those. I think it was interesting in the way that people not necessarily presented that challenge, but described it, and described the way that they had support or lack of support within their close and more broader community. And so seeing the similarity within the actual mental health challenge, but a difference in the way that people described an experience. That was really interesting. And that kind of came into that cultural foundation and impact on mental health challenges.

ELENI VARDAKI: I’m curious if it’s possible to maybe share an example, you know, in terms of the actual words?

STEPHANIE STAN: Yeah, of course. So if we look at like anxiety and more general stress, especially with these participants being young women in my group. They were prepping for College and University applications. So there’s always that stress and added anxiety. And what I noticed is a lot of young women from the MENA (Middle Eastern North African) region would express their anxiety and stress as kind of synonymous with fear. Or being like feeling fearful about something. Whereas the young women from the United States would clearly define it as being stressed and more anxious. And so even though both were describing in detail symptoms of anxiety and additional stress and just feeling overwhelmed in addition to having like racing thoughts, I thought it was interesting that kind of difference between fear versus being stressed and overwhelmed. Even though they were kind of undergoing the same experiences of applying to college, having a lot of classes, having work on top of classes. And so that was one of the biggest things I saw continuously throughout the program.

ELENI VARDAKI: Is there anything else you noticed as a difference?

ELENI VARDAKI (05:51): Any other examples you want to share before we wrap up?

STEPHANIE STAN: I think in terms of what we learned in MERGE, one of the greatest examples was despite all these cultural differences in how people experience mental health challenges or cope with them, everyone had kind of a similar takeaway from the program of different ways we can improve stress, anxiety, depression. Be that through daily five minute meditations setting, SMART goals that are Specific, Measurable, Achievable, Relevant, and Time bound. To really improve the overwhelming stress and thoughts that we may have. And then really the impact that being physically active can have on mental health. And in addition to those, looking at how similar techniques can improve everyone’s mental health and well-being, despite coming from a different culture or having these different experiences,

ELENI VARDAKI (06:40): Any final words of advice for people who are in a culture right now – because it’s not just the Middle East and North Africa, there’s many countries, even in Greece, there’s still a lot of stigma around, and fear around, coming out and talking about mental health problems and mental health challenges that keeps people stuck. For someone who is going through a mental health challenge right now, and they’d like to seek professional support, what advice do you have that could help them overcome the stigma, if that’s the main thing that’s holding them back from asking for help?

STEPHANIE STAN: Yeah, that’s a great question. Especially since, you know, if we’re really thinking about it, every culture has this stigma around mental health still. And so a big thing that was focused on in our program and a lot of conversations we had is the importance of starting with a small support group, as you’re trying to seek mental health support and assistance and break that stigma. Especially since really young populations and adolescents are having more and more mental health challenges. It’s more likely there are others going through similar challenges and things they want to discuss as well. And so starting with sharing what you’re going through with a small group of close friends that can then help and support you as you seek out professional mental health, that makes all the difference. And so many girls in my own program section were discussing how much having a group of friends that has helped them when they seek mental health assistance, as well as talk through their stressors, helps them kind of break the stigma and not feel so kind of held down by that, as well as make it easier to have those conversations and talk more about mental health more broadly within their own community and culture.

ELENI VARDAKI: Anything else you’d like to add before we wrap up?

STEPHANIE STAN (08:20): Yeah. So part of the MERGE program was that all of these girls worked in collaborative teams to build blog posts, sharing mental health advice, and tips for building resiliency and tackling mental health challenges in your culture. So if that’s something you’re interested in learning more about, I have given Eleni a link to the website with all those blog posts. So that’s something you can visit after this video and learn more about this important and really interesting topic.

ELENI VARDAKI: Thank you very much, Stephanie, and I have a link below that people can access. 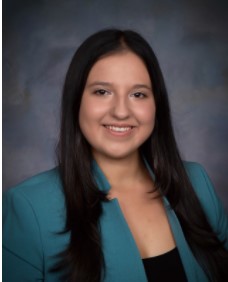 Stephanie Stan is a 2017 International Baccalaureate recipient who graduated from the University of Michigan in 2020 with a Bachelor of Science in Biopsychology, Cognition and Neuroscience, and completed the pre-medical academic track while also conducting developmental psychology research and holding multiple leadership positions centered around global initiatives, social justice, and healthcare development. After completing her undergraduate degree, she worked as a Programming and Communications Intern with Global Ties Detroit—a non-profit organization that works with the U.S. Department of State to host professionals from around the world in exchanges through International Visitor Leadership Programs. She is currently a Master of Science in Global Health candidate and a Margolis Scholar in Health Policy and Management at Duke University, pursuing a global health policy and governance career.