Do Less, Be More, Achieve More

In this interview you will learn:

ELENI VARDAKI: I’m so excited to have you here to share your story with our audience because you have such an incredible and important message to share with the people watching this at home. So would you like to talk a bit about your story and how you got into doing what it is that you do?

SANJAY SHAH: Yes, of course. How did I get into this. I was married, young and  unhappy when I first started this. Academically I did very well at school and then at the university I did okay, but deep down inside I wasn’t really happy and that led me on a quest really to search outside for the answers as to how to be successful and how to be happy. But primarily at that age, I just wanted to be successful.

So at the age of 18 I decided that by the age of 40 I would be retired and I would have a million pounds in the bank and all of the usual things of success. And by the age of 40 I was broke unhappy and dissatisfied, so I didn’t achieve that. But on the quest I learned something that was much more powerful that then enabled me to find the success, and to find the achievement and to have the experience in life that I wanted at that early age but without paying the price for success.

In my journey, I’ve experienced a mental breakdown because the relationship breaks up, and I couldn’t deal with that at that stage. I got over that but it took me a long time, because I didn’t have the tools that I do now and I didn’t have the knowledge that I do now. And I did what I call bounce along the bottom of life. I just put my mask on each morning then got up and went out to work and pretended that I was happy and I was fulfilled. Most people thought that I was, but I knew that I wasn’t.

And that’s the key thing other people may think – that you are all happy and fulfilled and successful, but you know inside that that’s not quite the truth.  Eventually that really starts to hurt you. So I started working and I worked in a traditional job working from 9 am until 7 pm, and then did some areas of the paperwork and I did that six days of the week. That was stressful.

For me, it was highly unfulfilling. It was a secure job and it paid me a secured income but there was no real fulfillment is there, and once I was there I started looking around. Through that, I came across Personal Development and I went to various workshops and I started to learn some of the skills that I now have. So that was the beginning of that journey. I set up my own business in 1998 after my father passed away and that gave me the opportunity to make a decision. Then I said that I’m going to leave this job I’m going to leave behind the security and I’m going to do something that I want to do.

I realized very quickly within a short time, so in 1998 I started off in 2000 I teamed up with 3 other people and we formed a business together. And within the next year, we realized that we were very skilled and very good at what we did but we didn’t know how to run our business.  And that business went into the debt within one year, and it took me 15 years to clear up the debts. So from 2000 to 2007, I worked really hard to turn things around, and I’d had the heartbreak of the broken relationship behind me. Now I had found something that really inspired me. I had a career which I loved. I used to wake up in the morning and really look forward to the day because everything that I did I love. The only thing is I wasn’t that successful as a business, so I had lots of people giving me fantastic testimonials, but I wasn’t making much money.

I grew that business and I became more and more successful on the surface, which is what people thought that I was successful because they saw the reputation that I had. But I didn’t have a financial success behind me. And all of that led to my second heartbreak which is in 2007. I had my first of three heart attacks, and that completely stopped me for the best part of three years. I had to stop and I had to re-evaluate everything in life. I was just over 42 years old at that time and I had to re-evaluate everything and say: Am I doing something that’s really working for me? And that answer was clearly “No”, I had the enjoyment but I didn’t have the security or the financial fulfillment.

And so I decided “That’s it. I can’t go on like this.”  And I decided to become really good, I was good but I decided to become really good, at what did. And I trained myself. So I went to America several times to find the people that could teach me what I needed to learn, and through that journey, I learnt the skills that I now coach in, and I became more and more financially successful. Effectively I’d experienced the heartbreak of a broken relationship and I’d experienced the heartbreak of a broken business, and I’d experienced the heartbreak of broken body. And so I decided at that point I decided I’m going to live life to the fullest and it was these great tools that I learned that enabled me to do that. What I learned through that journey was I was coaching more and more successful people, predominantly business women (because men weren’t too open to Emotional Intelligence 10 years ago), so most of my clients were actually women. It’s only now that I have an equal ratio. But throughout most of my career, I worked with more women than with men, because women relate to emotions more than man, and I learned the secret of how to apply emotional intelligence, because you can understand emotional intelligence and you can understand the theory, but that doesn’t mean that you can apply it. And that’s the difference. 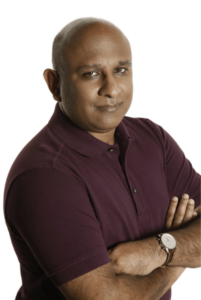 Over the last 18 years, Sanjay has built a thriving career, working with professional entrepreneurs, business owners and public organisations across the UK. A series of life challenges culminating in a heart attack by the age of 42 contributed to some hard and fast lessons for Sanjay in how to live a more fulfilled life without sacrificing career, relationships and health. This has led to a successful business, showing thousands of service sector professionals how to build successful businesses and leave a lasting legacy without paying a price for their success. As a transformational speaker, Sanjay is highly rated by his peers and has spoken for many organisations within the UK, and also in Spain, India and the USA. 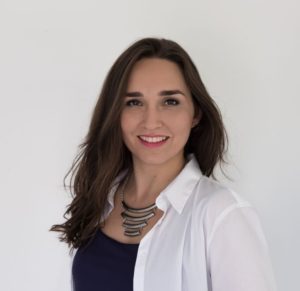 Eleni Vardaki is a Youth Mentor for stress relief.

Eleni loves helping students learn how to focus more, stress less and motivate themselves in her freelance mentoring work. She also enjoys working as a part-time Middle School and High School History teacher. As a classroom teacher in a leading international school in Athens, she explores ways of building well-being education into her classroom practice. As a freelance mentor, she teaches students how to improve their study skills and emotional self-care habits. Her one-to-one mentoring programs help students learn how to change their habits to change their life, so that they can achieve more with less struggle and stress.

We use cookies to offer you a better browsing experience, analyze site traffic, personalize content, and serve targeted advertisements. Read about how we use cookies and how you can control them by clicking "Privacy Preferences". If you continue to use this site, you consent to our use of cookies.